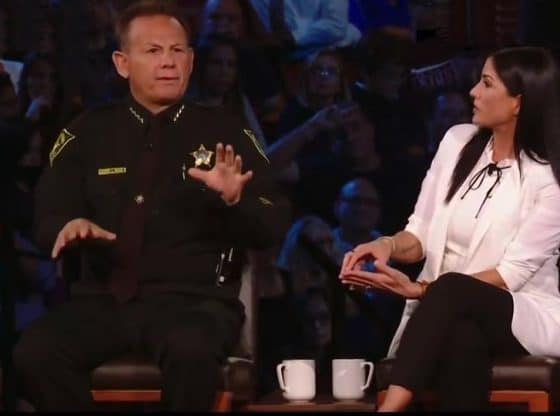 During the active shooting February 14, 2018 in Florida that killed 17; it was discovered that four sheriff’s deputies remained outside rather than charging into Marjory Stoneman Douglas High School in attempt to stop the invasion. The matter is currently under investigation, as Coral Springs Police Department officers informed CNN that they were stunned to discover that four sheriff’s deputies for Broward County had not even attempted to get into the school.

Scot Peterson, the resource officer of the school and the Broward County Sheriff’s Deputy was caught on video standing immediately outside of the school’s entrance. Since the school had an armed guard present, lack of adequate security was not the issue. After his failure to act was publicized, Scot promptly resigned from his position.

When Coral Springs Police Department reached the scene, but the other deputies were found behind their vehicles with their guns drawn. After quickly consulting with the Broward deputies, the Coral Springs deputies entered the school alone, and an additional officer from the Sunrise and two New Broward County Sheriff’s deputies arrived and also charged into the building.

Mike Goodrum, the City Manager of Coral Springs addressed Scott Israel, the Broward County Sheriff the following day and reminded him that students may have been shot inside of the building while the deputies were delaying. Tony Pustizzi, Police Chief for the Coral Springs Police department, sent an email internally stating that a different agency believes they were the ones who implemented most of the rescue. He insisted that the truth will be shown, and that the matter will be handled.

Alarmingly, photos the shooter posted of himself with pistols on Instagram were reported to Peterson, but there was no record of what was done with the information. The sheriff’s office ran reports and discovered that they had 18 other disturbing reports of the school shooter.

Two of these reports even cautioned that the minor could be a school shooter, and another report mentioned he was storing knives and guns. The records stated that the caller was instructed to instead inform the Palm Beach Sheriff’s Office because the shooter no longer lived in Broward.

A peer counselor informed Peterson in 2016 that the shooter cut himself, attempted to commit suicide by ingesting gasoline, and used hate symbols. Unfortunately, a mental-health employee concluded that the shooter did not meet qualifications the state had for civil commitment to a mental health facility. Clearly, these regulations need to be examined.

These children had no voice before they mercilessly were shot to death. All professionals at every level must take it upon themselves to ensure that they can uphold their commitment in a situation that may require it. When the lives of many people are at their hands, it is essential that individuals who are in service are certain that they can follow through on their duty to protect. Protecting the children inside our schools should always be a top priority as a nation.