Talk the Talk: The Best Languages to Learn for Business

Home /Business/Breaking Business News/Talk the Talk: The Best Languages to Learn for Business 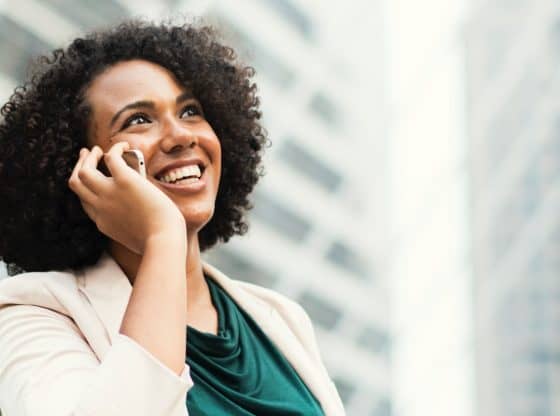 Expanding your business? If you plan to do so, you should present in languages other than English. The corporate benefits will help you get your business off its feet.

Speaking to a businessman in his own language can foster trust. This strengthens your business relationships.

It also widens your network, allowing you to enter countries with ease. It eliminates misunderstandings, guaranteeing less confusion during transactions.

However, learning a foreign language isn’t only something to do with your free time. How will you know which languages to learn?

First, let’s see what are the best languages to learn for business dealings. See which one is right for you below.

This is the most spoken language in the world with almost 1.2 billion native speakers. This number doesn’t count those whose second language is Mandarin Chinese.

There are many of these as well who are businessmen since it’s considered to be the language of the future.

That’s because China has the second-largest economy in the world. Their influence is still growing as they continue to expand all over the world. Companies all over the world have had to deal with a Chinese company at some point, whether it’s to get supplies, labor, and such.

The Chinese market is also hard to penetrate as it prioritizes local businesses.

Consumers in China use Chinese products most of the time, from search engines to apps. If you want to enter the market, knowing Chinese will give you plus points to any company you want to partner with.

Learning Spanish opens up new regions for you, including South Central America. Within the U.S., Spanish is still the second most-spoken language with 40.5 million speakers.

In South America, the locals and foreign investors are discovering its potential because of its growing economy. Business opportunities are plenty, and it has advantages like its proximity to the U.S. and its access to natural resources.

Learning Spanish will also help you get inside Mexico’s market, a close neighbor of the United States. It’s drawing in foreign investors because of its trade policies, having more free trade agreements than other countries.

Its legal system and tax regulations are favorable as well. They impose no discrimination toward foreign businesses.

If you’re in the technology sector, learning Japanese could be a big advantage for you. Japan is at the forefront of the industry – robotics, in particular.

In fact, it has over 250,000 robots employed, which experts predict to reach 1 million by 2025. Speaking in Japanese could open up many opportunities for you in this field, as well as in electronics.

It has solid foundations in the electronics scene all over the world. In gaming, for instance, the Sony and Nintendo brands are leading the race.

Apart from that, Japan is a pretty solid country to invest in with its strong economy. It has a steady GDP growth with only 3.1% unemployment rate. It also invests in several countries, making it one of the most in demand languages.

Korean is another a great Asian language to learn if you want to enter the electronics industry. It’s the primary language in both North and South Korea.

Both countries have over 77 million native speakers combined. About 2.7 million people in China also speak the language.

Korea is one of the leading countries in the electronics field with brands like Samsung and LG. In the automobile scene, Korean also has Hyundai and Kia to offer.

One thing you need to know about Koreans is that they place a high value on culture. This is why learning Korean could be the gateway to earning the trust of Korean businessmen.

Aside from the language, it helps to learn their business etiquette as well, since they also value mutual respect.

If you’re looking for an opportunity in Russia, learning its primary language helps. Only about 5% of the population knows how to speak in English. This might pose some communication problems for you and make trades harder.

On top of that, it’s the most spoken language in Europe with over 120 million speakers. Many groups outside of Russia also speak the language due to its importance in the Soviet Era. Sources estimate there to be 200 to 260 million native speakers of Russian all over the world.

Russia is attractive to investors because of its economic and political power. It’s the top oil producer, making it one of the top 10 business leaders in the world.

The language is also helpful if you’re in the engineering and IT industry. It’s the 7th most used language online, too.

Germany is one of the most stable countries, if not the most stable, in Europe. It has the most thriving economy with a great-looking future for businesses. It has become a leader in the green energy revolution, where most of the world is heading toward.

It’s Europe’s largest single export market aside from the United States. It’s also one of the top 3 exporters in the world alongside China and the U.S.

German is the second most-spoken language in Europe with 95 million native speakers.

About 16% of Europeans have it as their first language, while a large percentage of the population in Denmark, Sweden, Finland, the Netherlands, and a bunch of other countries name it as their second or third language.

French is not only the language of love, but it’s a crucial language for international diplomacy as well. Did you know that French used to be the dominant language in the whole world? This is similar to what English is in modern times.

It also remains as an official language of the United Nations, as well as the World Trade Organization, International Olympic Committee, and NATA.

Today, it’s the most spoken language in Europe after Russian and German. It has about 80 million native speakers, which is 12% of Europe’s population. If you count other people speaking it as a second (or third or fourth) language, that jumps up to over 30%.

Aside from being the main language of France, it’s also a co-official language of Belgium, Luxembourg, and Switzerland. Learning only French could open up opportunities for you in these countries as well.

If you want to penetrate the Middle Eastern market, the Arabic language is your gateway. It has 422 million speakers worldwide and it’s the primary language of almost 2 dozen countries.

It’s the official language of Saudi Arabia, which boasts of the strongest economy in the region. The wealthy nation of Jordan also speaks Arabic. It’s a key player in the economy of Middle East as it has a free trade agreement with the U.S.

Arab businesses and imports are also continuing to expand into the world market. This contributes to the rise in popularity of Arabic over the years.

A big plus of this language is that it’s easy to learn because of its easy grammatical structure and alphabet.

India has ranked among the fastest-growing economies in the world. Despite being a lower-middle income country still, analysts predict it will overcome many developed countries in the near future.

Not included are the 120 million individuals or so who consider it to be their second language. This makes it the second most-spoken language in the whole world.

India’s business relations with the U.S. is also growing the past decades. They are trading up to $1 billion worth of goods and services yearly, which will only grow in the coming years.

English is also a prominent language in the region as businessmen know how to speak it. Still, learning their own language could prove to be a competitive advantage.

To be specific, it’s the primary language in the Bengal region. This includes Bangladesh, West Bengal, Assam, and Tripura.

The Bengal region has a growing market for goods and services. This means a lot of business opportunities are ripe for the picking.

Learning Bengali can enable you to take advantage of such opportunities. This is especially important with India’s growing business relations with the world.

Choosing which of the best languages to learn for business is right for you depends on your strategy.

Think of which region are you planning to enter. Then, think of which countries you think will be most involved in your business. From there, it’s only a matter of learning the language and culture.

To learn more about business, visit our other blog posts today. We’ve got more guides to help your business thrive, like this one listing down ways to boost your online presence.