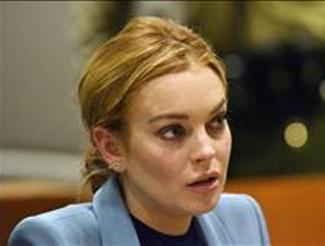 Alan Fein is a versatile old-school business writer, who covers a range of business-related news, especially when it relates to finance.

(AXcess News ) – Lohan’s attorney,Shawn Holley,entered the not guilty pleas in Los Angeles Court in a rather brief court affair.

When the LA cops arrived at the scene Lindsay was no where to be found,claiming that she was at work on the set of “Liz and Dick”,though the coppers think the acrtess was,well,acting when she gave her statement to police.

Of course even if Lindsay Lohan was driving her car at the time of the accident she’d still say it wasn’t her because it could mean a violation of her probation term after being sentenced to Probation for stealing a neglace.

Obama and gun control: What actions could he take on his own?
Robbers tunnel their way into bank, escaping with loot

Where Should You Live? Take…

A Shocking Peak Into A…

Beyonce Songwriter Among The Dead…

7 Pieces of Advice for…

4 Benefits of Going Back…

How To Help The Kids…