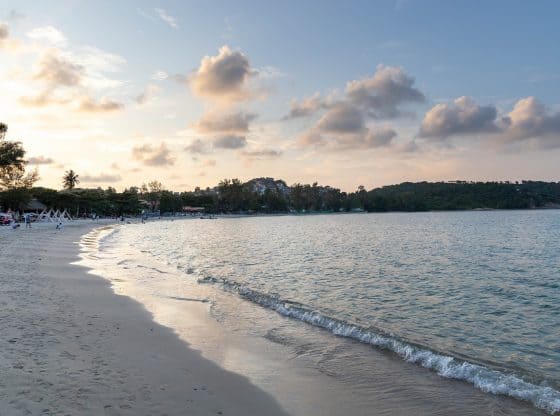 Hurricane Dorian left millions of dollars worth of damage to southern states before ever making landfall – and that’s to say nothing of the untold devastation it wrought to the Bahamas. Now, North Carolina officials at Cape Hatteras National Seashore are warning tourists and beachgoers to be on the lookout for potentially dangerous items buried by shifting sands in the wake of the storm.

The National Park Service at Cape Hatteras said, “Beachgoers should be aware of ocean debris that may have washed ashore and buried items that were exposed during tropical storm conditions.”

If the danger sounds unlikely, think again: tourists visiting Folly Beach in South Carolina found two Civil War cannonballs while walking around. Where did they come from? The jury is out on that one, but they were certainly transported by Hurricane Dorian.

In the past, it wasn’t uncommon for beachgoers to find other shocking surprises: those include active missiles and bombs, which are likely the result of South Carolina’s history as a site for military exercises. Many important historical Civil War battles were also fought there, which means residents or tourists should remain aware of the continued danger.

Storm damage insurance adjusters are hurrying to keep up with the number of new claims that need to be processed, which means the total dollar amount of damage to residential and public areas – millions so far – is only an estimate.

Superintendent David Hallac issued a press release for Cape Hatteras: “While the Seashore is pleased to reopen almost all visitor areas on Hatteras Island, some park areas, businesses, and many community members are still recovering from the harsh impacts of Hurricane Dorian. We ask for your patience while the community continues to recover.”

Most facilities are already up and running, but the recent flooding is slowing down the process. Storm surge during Hurricane Dorian rose seven feet above normal levels.

Residents who find strange or dangerous items are encouraged to call the National Park Service to make a report.

A number of park buildings were damaged by flooding, as were at least 130 vehicles on park grounds near the Visitor Center. A portion of North Carolina Route 12 was washed away during surge waters on September 6, when Hurricane Dorian made landfall. Cape Hatteras Secondary School was scheduled to once again open its doors on Monday, September 16.

Officials expect the cleanup will be an ongoing effort spanning weeks and months and request that the public be patient.

Prefabricated and Modular Homes May Just Be The Future of Home Design
Are “Practical” Degrees Better? 5 Benefits of a Skills-Based Path