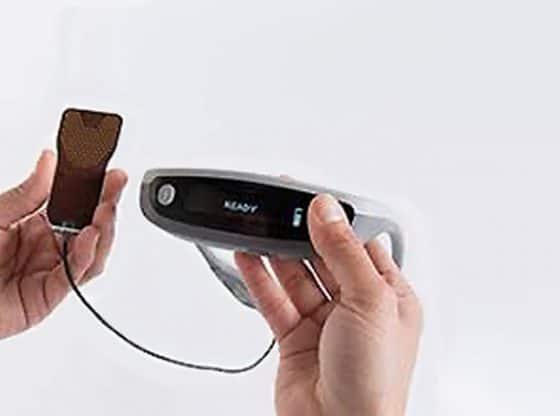 By this time next year, Helius Medical Technology says a breakthrough medical technology may be available on the market that shows substantial promise of improving quality of life and cognitive functions in people with traumatic brain injury and other neurological disorders like cerebral palsy.

Best in class, the technology is a device called the Portable Neuromodulation Stimulator (PoNS). Its developer, Helius Medical Technologies (T.HSM), expects to apply to the U.S. Food and Drug Administration (FDA) for marketing clearance via the de novo classification process (for novel devices with no existing classification) within the first six months of 2018. Design verification to ensure the device meets the FDA’s commercial manufacturing standards is now underway.

Helius Medical Technologies anticipates FDA clearance to be granted in next year’s second half.

Phil Deschamps, CEO of the Newton, Pa.-based company, notes that the PoNS device has come a long way since it was born in a research lab at the University of Wisconsin, Madison in the early 1990s. “What’s evolved is a non-invasive way to help the brain to relearn certain functions, “ he says. “It will make a significant difference in the lives of people who may have otherwise given up hope.”

The PoNS device focuses on the tongue as a pathway to the brain’s learning centers. Placed in the mouth, it stimulates cranial nerves in the tongue while cognitive or physical exercise is being done. Separate trials have resulted in significantly positive outcomes.

Helius’ 2016 pilot study was conducted among children in Russia, aged 3 to 14, with cerebral palsy, and returned statistically significant improvements in terms of spasticity, balance and gross motor function. In other recent trials, Deschamps says, “The participants experienced average SOT (sensory organization test) score improvements double to triple the increase that would be expected with physical therapy alone in a much shorter timeframe.”

Helius is moving full-steam ahead despite a Mackie Research analyst’s abrupt and puzzling cancellation of coverage of the company last month, claiming that a “pivotal trial failed.” Helius issued a news release clarifying the positive outcomes of all the studies to date, as interested outsiders decried the analyst’s “reckless” misread of the findings.

The World Health Organization says that by 2020, traumatic brain injury (TBI) will surpass many diseases as a cause of death and disability. It affects an estimated 10 million people. While children younger than 4 are the biggest proportion of victims, military service-related injuries more than doubled between 2000 and 2011. (In fact, the U.S. Army is collaborating with Helius on one of its trials.)

The economic costs in the U.S. alone top $10 billion annually – that doesn’t even cover indirect costs incurred by families like lost wages.

In addition to the potential of the PoNS therapy to help counter the effects of Parkinson’s, PTSD, Strokes and Alzheimer’s, there’s considerable excitement over its potential to help cerebral palsy patients, as well. Cerebral palsy is the most common motor disability in childhood, occurring in between 1.5 to over 4 per 1, 000 live births, as studies from around the world show. In the U.S., lifetime care costs of a child with cerebral palsy surpass $1 million.

Writing on Medium, Laura McGrath, the mother of a severely affected 8-year-old, says his lifetime cost of care is estimated at $14 million. It’s a number that reflects his lower life expectancy when he can’t walk.

“We’re the best immediate hope for many to improve their quality of life, “ says Helius’ Deschamps. “It’s making us proceed very carefully because there’s so much at stake – for everyone.”

Vaccine Cocktail Could Protect Cattle…
Janice Palmer Analyzes How the…