(AXcess News) Washington – “By giving women the tools they need to succeed,such as access to education and health care,they not only improve the well-being of their families,but the stability of their countries as well,” she said.

She said educating and empowering women to take charge of their health in matters of breast cancer could help reduce the cancer that affects more than 1.6 million women every year. According to the World Health Organization,it is the most common cancer among women and is most common in low- and middle-income countries. 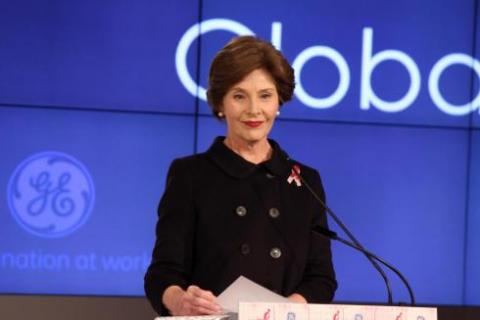 Mihir Shah,the CEO of UE LifeSciences Inc. in Philadelphia,said the best way of preventing and containing breast cancer is through education and awareness in developing countries. He said his company has developed a globally adaptable breast cancer detection machine known as the “No Touch Breastscan.”

He said the handheld sensor is a radiation-free alternative to a mammogram. Shah said these machines,when they become available later this year,will enable midwives and health workers across poor countries to detect breast cancer early. He said the test will be much cheaper than a mammogram.

Dr. Lisa Newman,of the University of Michigan Breast Care Center,said countries have to invest more in education and advocacy on the issue of breast cancer. Newman said a lot more education in low-income countries is important to help more women detect the disease at an early state.

“Personal interaction is key to bringing most of these women to know that the earlier the disease is detected,they have a greater chance of living,” she said.

Dr. Baffour Awuah,medical director of the Komfo Anokye Teaching Hospital in Kumasi,Ghana,said the problem of women in rural Africa is the myths they have been made to believe about breast cancer.

“The myth of stigmatization and the myth that breast cancer is a death sentence need to be erased completely through education,” he said. Awuah said other African countries should emulate the example of Ghana,which added breast cancer to the list of diseases covered by health insurance. He said that,in spite of these strides,a lot still needs to be done until the fight against breast cancer is won.

Americans Are Getting Fatter and Obesity May Be the Norm by 2015
U.S. Govt. sues S&P over mortgage bond ratings

Janice Palmer Analyzes How the…

What is a beard transplant?