All eyes are on Montreal’s luxury residences. According to reports, the city’s sales of million-dollar homes have jumped 60 percent this summer from the previous year. Because of this, many experts consider Montreal the latest high-end real estate hot spot.

This doesn’t come as a surprise to many industry experts as the city’s real estate has constantly been on the rise in the past few years. After being in a slump for a period of time, overseas investments started to pour in and gave the market a jolt of energy. The numbers continued to soar as Toronto, Vancouver, and Ontario implemented higher property taxes on foreign buyers.

Luxury Residences in Montreal: Best Signs of the Times

Montreal has always been a great city. In fact, based on GDP, the city has the second-largest economy in Canada and the largest in Quebec. It has always been a commercial, industrial, financial, diplomatic, cultural, tourism, and even an educational hub so it’s on par with Toronto and Vancouver.

Like any major metropolitan area, however, political instability caused a dip in the economic growth of Montreal. The nineties was a particularly bad time as big businesses left to explore better opportunities in the rest of Canada. Luckily, the tension settled down and now the enterprises are back.

Without strict regulations on foreign investments, Montreal’s economy is definitely having a major moment. Companies are making the city their home, establishing jobs and attracting more investors. Start-ups have cropped up and now even tech giants like Facebook and Google have found their way here. With them comes more businesses, which further contributes to Montreal’s continuous growth.

A Rising Star in the High-End Residential Market

With more and more big shots setting up shop in Montreal, it should be expected that demand for real estate will also shoot up in response. Luxury residences aren’t a rare thing to have in a bustling city, but its burgeoning pervasiveness is.

Homegrown experts were quick to step in to meet the new demands. Being the local pioneer and authority in high-end hospitality, it’s not surprising that the people behind the Ritz-Carlton Montreal are also the same team to reignite the momentum of the local luxury housing market. The renovations started in 2008 and transformed their classic hotel into one of the most notable upscale properties in the country. When they opened their doors in 2012 for their centennial anniversary, they didn’t just welcome residents under their roof but they also initiated a new movement in high-end real estate.

Some experts attribute the growth of Montreal’s luxury housing market to the limitations that other cities have, but others beg to disagree. These points are also considered as contributing factors to the rise of the local industry:

1. Real estate in Montreal still cheaper than Toronto or Vancouver

While the prices for luxury properties in Montreal are on the rise, they are still considerably lower than the other major cities in Canada.

2. Montreal is ranked as one of the best cities to live in

The local political, economic, cultural, and educational environments are highly rated by residents and visitors alike, making Montreal one of the top places that can offer the best quality of life.

3. Its healthy economy and strong job gains guarantee stability to those looking into investing in the local real estate market

Montreal’s economy is on an upsurge, making it a great place for an investment. If big companies are doing it, smaller players like potential property owners can also follow suit. 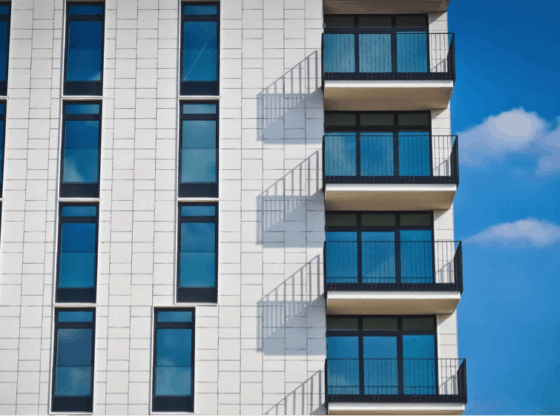 Serviced Apartment Operators Forced to…
The State of West Coast…

Buying Real Estate: How to…

Five Updates To Make Before…

Choosing From Many Condos for…