Solar energy isn’t exactly a new invention. In fact, the earliest forms of solar power existed as early back as the 1950s. But overall the industry is still in its early stages, with the potential for amazing innovations and changes just around the corner.

Amid this constant progress is a number of amazing innovations that can change your everyday life. Many people don’t realize just how far solar technology has progressed over the past two decades. There are so many amazing ways to integrate solar power technology into your life.

Below, we’ll walk you through some of the most amazing solar innovations out there.

One of the most major and most impressive solar innovations has to do with transportation. Increasingly, solar power is being used to power huge machinery and various forms of transportation.

Solar powered roads have already been seen around the world in limited use for some time. But solar-powered cars, trains, buses, and railroads are just around the corner.

Potentially the most exciting of all? Solar powered airplanes. Solar Impulse, a solar energy company, recently unveiled the Solar 2, the first fully functional aircraft that runs off of solar power technology.

This is no little paper airplane either: it’s a 72 meter, 5,000-pound machine that has made stops in Hawaii and around the United States. Fitted with numerous solar panels, the plane uses the power of the sun to run its engines and fly the world.

The possibilities of solar-powered transportation in our future is exciting to think about. Imagine never having to pay for gas again! Such a change is now not outside the realm of possibility.

When disaster strikes around the world, like it did last year in Puerto Rico, it can be hard for these areas to regain power and rebuild their communities. Enter solar innovation, which is coming to the rescue in such situations.

Solar systems provide an alternative source of power to fossil fuels and gasoline guzzling machinery. When power is out and disaster has struck, these kinds of generators can be hard to get up and running.

Solar power generators are the solution. Portable generators like the ones available at https://poweredportablesolar.com/ are changing the way communities rebuild after a disaster.

They’re quick to charge, easy to transport and can bring power anywhere that has an adequate amount of sunlight available. Stranded parties no longer have to travel far across uncertain terrain to get gasoline or access to power.

What’s one area you’d probably be surprised to hear is advancing with a little help from the sun? Clean water!

How? Scientists have started to realize that they can use solar-powered machines to pull salt out of brackish water and make it drinkable. Such machines actually use ultraviolet rays to help disinfect water and make it safe to drink.

The portability of such devices makes them hugely helpful to underdeveloped regions around the globe.

With much of the planet struggling to find access to clean water, this invention has an incredible capacity to change the world. Here’s hoping that the advancement of this technology is quick and that it becomes widely dispersed soon.

Stop us if you’ve ever been in this situation: you leave your house with the intention to get some work done out on the town. But once your computer battery drains, you’re stuck looking for spare wall outlets at every coffee shop on the block.

Talk about a waste of time!

Solar computers are here to change that. Imagine if all you had to do to charge your computer was take a step outside? The solar laptop provides just that. That means you can get some work done poolside while your computer charges, as opposed to it draining away.

Never again will you be a slave to your finicky laptop battery. Solar powered computers are the way of the future.

Solar Backpacks For On The Go Power

If you’re a big hiker or urban explorer, you’re used to being on the go. Why not get a backpack that can help to support your love of wandering and exploring?

The technology now exists for solar panel technology to be laid on the back of a backpack. This means that while you’re walking and exploring, your backpack is actually building up a charge from the sun’s rays.

That means when you need to take a break or sit down, you can actually plug your phone or laptop straight into your backpack to charge up. This technology isn’t even heavy, meaning that you can take your portable charger on the go with you just about anywhere.

If you’re a frequent camper or barbecuer, there’s one more solar innovation we’d be remiss not to mention: the solar power cooker.

This mini on-the-go kitchen can reach up to temperatures of 290 C and provide a perfectly cooked meal just about anywhere. Whether you’re making breakfast in the woods or just don’t want to have to worry about finding power in your own backyard, the cooker is the perfect solution.

You can cook just about anything you’d want in under 20 minutes. Bon appetite!

Want to read more technology news and information? Check out our blog for more.

Texas Small Businesses are Dropping Workers’ Compensation Insurance
What Is Shared Web Hosting and Why Should I Consider It? 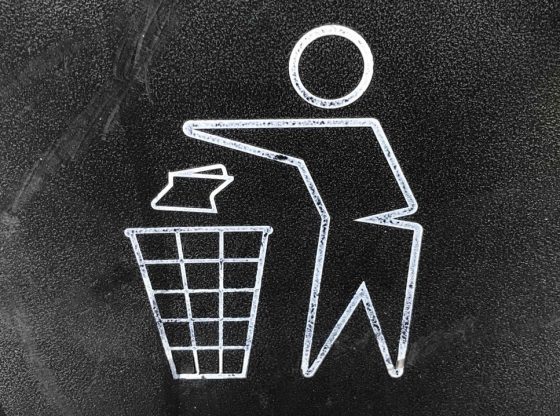