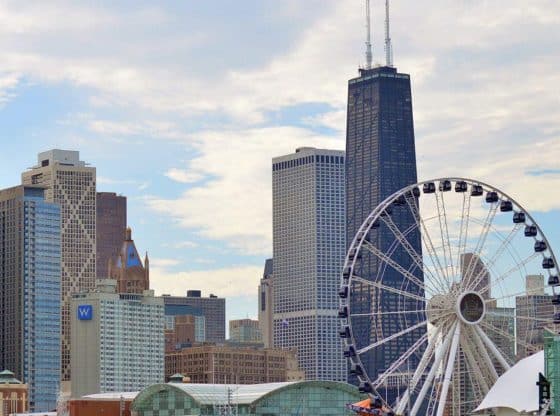 Tempus is a start-up based in the city of Chicago that supports the fight against cancer by providing physicians with advanced data and statistics. The company is now valued at $2 billion.

Co-founder Eric Lefkofsky announced recently that investors have provided Tempus with another $100 million in funding. The scope of Tempus’ present operations is the collecting and analyzing of data to be used by doctors to better treat sufferers of cancer. The new round of funding is set to facilitate expansion that will include other diseases and operations in other countries.

Lefkofsky explains that many of the healthcare systems that are already partnered with his company have questioned the company for some time regarding a timetable for expansion outside of the United States. Lefkofsky goes on to say that for a while he could only shrug at the question but now feels it is time to entertain the many options available to the company.

The platform constructed by the company has helped doctors by first collecting data that was many times from unorganized sources like patient charts. Then the company would analyze the date before providing structure. The data is finally disseminated to cancer physicians.

Lefkofksky’s company also aids physicians by sequencing patient DNA to provide deeper insight into treatment options for cancer patients. An example of this is the doctor who observes that a particular patient has an autoimmune disease along with a specific genetic mutation. The data produced by The company will then provide the physician with detailed information regarding the success and failure of various treatments in past patients with identical or similar disorders and mutations.

Lefkofsky believes that now is the time to apply this technology to other healthcare concerns that include, neurological, cardiovascular, and other diseases. He says that his company is also prepared to serve clients in Europe, Australia, and Asia.

The company is presently partnered with over 50 cancer institutes that operate nationally, as well as with hundreds of hospitals located throughout the United States. Eric Lefkofsky proudly reports that his company provides data for the treatment of 25% of the cancer patients in America.

The company is still in the initial planning stages of the expansion into other countries and areas of disease. There is as of yet no roadmap or timetable for this expansion and Lefkofsky explains that the company is also interested in expanding its reach into cancer treatment.

Tempus reached ‘unicorn’ status in March when it was able to raise $80 million. Unicorn status is an industry term used in reference to companies that are held privately and valued at $1 billion or more. The company has raised $320 million since its inception.

The company, now three years of age, employs more than 500 people. The growth continues and anywhere from 20 to 30 employees are added to the roster per month. The company has also added an office in New York City. This is the first office for the company located outside of Chicago and talks are already taking place that would involve offices in Los Angeles, San Francisco, and Boston.

Prominent investors that provided funds to the company during the latest investment round include Revolution Growth, a venture capital firm based in Washington, D.C. and the U.K. based firm, Baillie Gifford.

Eric Lefkofsky is a successful entrepreneur that has founded or co-founded a number of successful start-ups in multiple industries. Philanthropy is another mainstay in the life of Lefkofsky and his Lefkofsky family foundation is used to facilitate his support for the numerous charitable causes he champions in Chicago and surrounding areas.

Vaccine Cocktail Could Protect Cattle…
Janice Palmer Analyzes How the…