Update: The New York Post reported that 5 people were killed and 40 injured in the SUV attack on Waukesha holiday parade.

The suspect behind the terrifying attack on a Christmas parade in Waukesha, WI, on Sunday has been arrested and is identified as a black man with a long criminal record.

The Post Millennial is one of the first news sources to report the identity of the suspect arrested for intentionally plowing his speeding car into a Christmas parade and running over multiple people including children. The suspect is identified as 39-year-old Darrell Edward Brooks Jr. He is a black man with a prior criminal record including a range of crimes from drugs and sex offenses to battery and domestic violence. 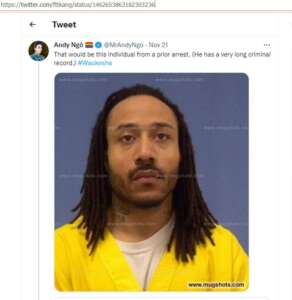 A reply to Ngô’s tweet by Ryan mal posted the video of a rap song featuring Brooks, apparently showing the red car used in the Waukesha terror attack on the Christmas parade. 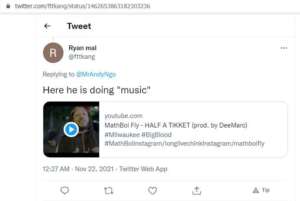 Heavy.com posted about the past arrests and crimes of Darrell Edward Brooks Jr. including felonies and misdemeanors over the years. The reckless driving through the Christmas parade left multiple people dead and injured.

Authorities said 11 adults and 12 pediatric patients were transported to six area hospitals. Their conditions are not clear; they said some people died, but they did not have a number of deaths.

NBC reporter Jonathan Dienst was cited reporting that the attack is not thought to be related to terror at this point. Mainstream media have not, till the time of this story, posted the pictures of the suspect in their stories.